A First Look at Lucius 3 by flotsam 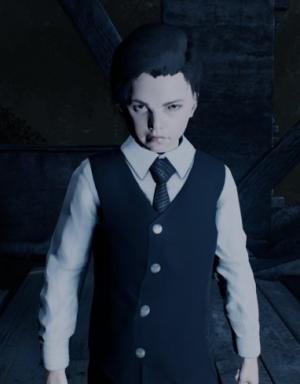 I played the first two games, and wondered after the second whether the third game would harvest the best of both and ultimately produce a rather good'n.

My first impressions were coming along rather well. Then it all came tumbling down.

The adventure/exploration element has seemingly been turned right up, and you can explore almost at large and fill your notebook with things that might be helpful later; helpful in the evil manipulative sense of the word. You still do fairly yucky things (harvesting raven hearts has been fairly common, and I scalped another character not long ago), but the relentless slaughter is at this stage not evident.

The story has also been emphasised, as has the character interaction. You can play it without knowledge of the first two, but it will make a lot more sense if you have at least read what went on.

There was some running and climbing and jumping, but not too much, and while the graphics are a little disappointing, it didn't really matter. When I last left off, so far so good.

Except when I went back in, it had failed to autosave and I lost about 2 hours of game time. This is despite what appears to be the autosave icon appearing, and the "maker" saying on the steam forum that it "should save quite a lot automatically".

True it is that I now know the path through that chapter, and could replicate it in less than two hours (although it would miss all the side searching and interactions I engaged in). However I won't be bothering until I can be assured that saving won't stuff up again.
I will keep you informed.
© 2021 GameBoomers Community