A First Look at Chronicles of Innsmouth by flotsam

Chronicles of Innsmouth: Mountains of Madness

A First Look by flotsam 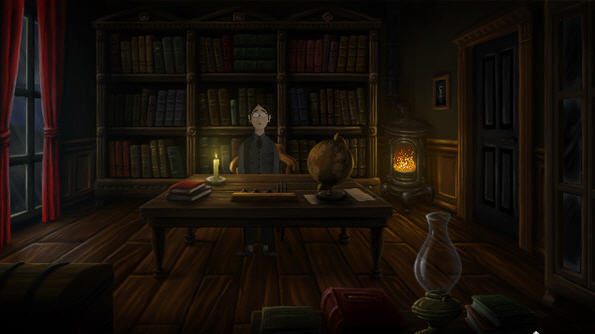 I didn't play the first installment but Chronicles of Innsmouth:
Mountains of Madness is pushing some positive pixelly Lovecraft buttons about 85 minutes in.

There are some leaps of narrative in the initial stages, but it settles down not too far in. In the sense that anything involving tentacled creatures and hooded acolytes can be considered settled.

Point and click your way about, opening up new locations as you go. It has spoken word, a soundtrack and ambient sound. Save at will. Clicking on hotspots elicits some action (talk, take, etc.), and moving the mouse to the top of the screen brings up the inventory. I have just completed a rather frustrating conversation puzzle, having taken numerous attempts to select the right responses and strike the right tone. Clearly it would have been less frustrating had I solved it in three or four choices, but such puzzles don't ring my bell regardless.

But enough of that. Having gotten through it, a new location has opened on my map. It's off to see what's what.